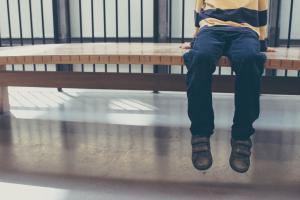 Florida law allows for a child of any age to be taken into custody and sent for an involuntary psychiatric examination.

According to official reports, the number of children in Florida being sent for involuntary examination has continued to climb with more than 36,000 Baker Act initiations in 2018 alone.

Mental Health Watchdog’s campaign to educate parents on their rights has reached over 220,000 families since it was launched.

We are finding that the vast majority of these children don’t meet the criteria for involuntary psychiatric examination yet the facility is billing for the Baker Act. This is fraud.”
— Diane Stein, President of CCHR Florida

CLEARWATER, FLORIDA, UNITED STATES, January 14, 2020 /EINPresswire.com/ — The Florida chapter of the Citizens Commission on Human Rights (CCHR) has participated in hundreds of family orientated events over the past several years on a crusade to stop the unjust involuntary psychiatric examination of children. The mental health law in Florida, commonly known as the Baker Act, allows for the initiation of involuntary psychiatric examination of anyone no matter their age. This includes children and in the case of a child the parents are not being brought into the process. Instead the parent learns about the Baker Act after the child is already in custody.

CCHR, a mental health watchdog that exposes abuse in the mental health industry, states that the abusive use of the Baker Act to hold men, women and children is a statewide epidemic. According to official reports, the number of children in Florida being sent for involuntary examination has continued to climb with more than 36,000 Baker Act initiations in 2018 alone. [1] This dramatic increase prompted investigations by journalists who exposed abuse, potential fraud and how children are being ripped from their families. [2]

“We receive countless calls from desperate parents asking for help because their child has been taken into custody under a Baker Act,” said Diane Stein, President of CCHR Florida. “And we are finding that the vast majority of these children don’t meet the criteria for involuntary psychiatric examination yet the facility is billing for the Baker Act. This is fraud.”

Taking action to stop this abuse, CCHR has been educating families on the Baker Act, holding workshops on parental rights and working with law enforcement, schools and lawmakers to make positive change to the Baker Act since 2015. Concerned parents are encouraged to contact CCHR Florida to learn more about their rights under the law at 800-782-2878. For more information visit www.cchrflorida.org.