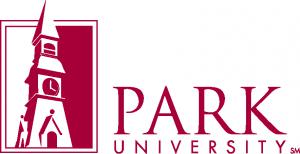 Park University celebrated another historic and noteworthy year in 2019

Park’s Office of University Engagement compiled the University’s biggest stories of the year and asked five members of the University’s staff to pick their top 10 moments from 2019. The voting was tight as only one of the 31 events/stories on the poll was named on all five ballots and four others appeared on four ballots. In fact, 20 of the 31 events/stories were named on at least one ballot.

Here are the top 10 Park University stories/events from 2019:

3. In April, the U.S. House of Representatives and the U.S. Senate introduced separate bills to require the systematic review of minority veterans who served in World War I, specific to Park University’s Valor Medals Review.
https://park.edu/news/valor-medals-review

4. On July 25, Missouri Gov. Mike Parson and his wife, Teresa, visited Park University’s Parkville Campus to hear presentations about the University’s history and work-study model, how the University is using technology such as Amazon Alexa to serve its students worldwide, Park’s commitment to the military, including its Military Credit Fast App and Valor Medals Review of minority veterans who served in World War I, and the University’s workforce development initiatives to help Missouri employers.
https://park.edu/news/crows-nest-july-31-2019

5. On Sept. 27, Missouri Sen. Roy Blunt visited Park University’s Parkville Campus to hear presentations about Park’s commitment to the military, including its Military Credit Fast App and Valor Medals Review of minority veterans who served in World War I. Sen. Blunt was a sponsor of legislation introduced in the Senate this spring (S.1218) related to the World War I Valor Medals Review Act.

6. Kenny Broberg, graduate student in the International Center for Music, won third prize at the prestigious International Tchaikovsky Competition in Russia, held June 17-27. For his efforts, Broberg received a bronze medal and a $10,000 cash prize.
https://park.edu/news/crows-nest-july-5-2019

8. The University’s new Parkade Battleground and the esports program were featured in stories and live segments that aired on KCTV and WDAF-TV in Kansas City on Feb. 13 upon the grand opening of the new space.
https://kctv5.com/news/park-university-starts-first-collegiate-esports-program-in-kansas-city/article_b97b514a-2f88-11e9-adfe-c7d8b4866bb7.htm
https://fox4kc.com/2019/02/13/park-university-now-offers-esports-program-and-scholarships-for-people-to-join

9. Park University 2008 graduate Vlatko Andonovski was selected as the head coach of the U.S. Women’s National Soccer Team on Oct. 28, and Milan Ivanovic, 2010 graduate, was appointed to the team’s technical staff a week later.
https://ussoccer.com/stories/2019/10/vlatko-andonovski-named-head-coach-of-us-womens-national-team
https://ussoccer.com/stories/2019/11/us-soccer-names-milan-ivanovic-to-uswnt-coaching-staff

10. (tie) Holly Vega, a junior social psychology major, was named the 2019 Armed Forces Insurance Military Spouse of the Year on May 9.
https://park.edu/news/crows-nest-may-30-2019

10. (tie) Park University rolled out its Military Credit Fast App, which assesses military training and experience by providing an estimated of earned military credits at Park and calculates an estimated graduation date.
https://park.edu/news/military-credit-fast-app

Founded in 1875 in Parkville, Mo., a suburb of Kansas City, Park University is a nonprofit, private institution that is a national leader in higher education. In 2000, Park achieved university status and currently serves 16,172 students at 42 campuses in 22 states and online, including Parkville, Independence and Kansas City, Mo.; Lenexa, Kan.; Gilbert, Ariz.; Barstow and Victorville, Calif.; Austin and El Paso, Texas; and 33 military installations across the country. www.park.edu