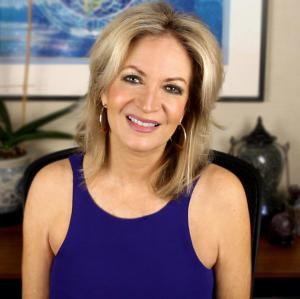 Why was the Duke of York’s BBC interview was so tone deaf?

LOS ANGELES, CA, UNITED STATES, December 6, 2019 /EINPresswire.com/ — The internationally-acclaimed astrologer speaks out about Prince Andrew’s current woes. According to Magi Helena, “Examining Prince Andrew’s natal chart makes it abundantly clear that the Prince’s reputation as a playboy is not ill-founded. 'Randy Andy,' as he’s been called, has a clear need for sexual variety which is likely to be intrinsic to his character. He also is not likely to be burdened by a sexual conscience or controlled by society’s values.”

Magi Helena continues, “On November 14, 2019, the day his interview was taped in Buckingham Palace, Prince Andrew had a number of negative cycles influencing him. Keywords for some of these cycles are: Destruction of fans, Destruction of career and public trust, Confusion creates disastrous blunders, and Highly public heartbreak."

“The most devastating problems were the two Grand Crosses on that day in the combined Heliocentric charts between Prince Andrew and the day itself. The meaning of the first is: Destruction of clear thinking, career, public trust, family, and fan loyalty. The second Grand Cross would be interpreted as: Contamination of mastery, charm, and appeal creates extreme unpopularity.”

Magi Helena concludes that, “Your current stellar influences dramatically impact your ability to be wise, effective and well-received, so keeping abreast of these influences helps you to plan crucial activities for best results. Any science-based astrologer would have warned the Prince away from taping a critical interview on that day!”

Celebrity astrologer Magi Helena has clients across the US and in 40 countries worldwide. Helena’s “Your Daily Astrology” column is syndicated to hundreds of newspapers throughout the United States and internationally, with a daily readership in the millions. Helena is 1 of 2 practicing Certified Magi Astrologers and the only woman with the highest certification in Magi Astrology, and is one of the authors and instructors of the Magi Astrology Certification Program. Helena is also the inventor of Star-Timer® Personal Astrology Calendars and Love-Stars® Love Compatibility Reports, and is the author of two books: Build Your Dream Life, and How To Sing the Uni·Verse. Helena is the winner of the 2019 Best of Los Angeles award for best astrologer. She is also a member of Mensa, the High IQ Society.