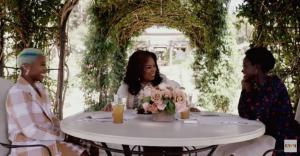 At Home with Oprah with Lupita Nyong’o Star of the Black Panther and Cynthia Erivo Star of the Harriet Tubman movie “Harriet.” 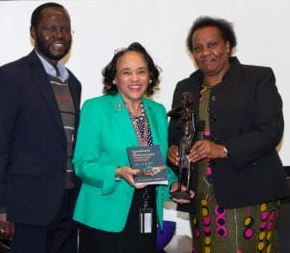 Amp has done so much to promote trade with Africa, Kenya particularly. We have worked with him with embassies. Trade is a logical things to do. It is imperative that we have Memphis in the forefront”
— Memphis 9th District Congressman Steve Cohen

MEMPHIS, TN, UNITED STATES, November 11, 2019 /EINPresswire.com/ — This story belongs in the annuals of Black history and we document this story for posterity. We encourage the serious reader to supplement this story with “Oprah At Home With Lupita Nyong'o and Cynthia Erivo.” History happen in Memphis, Tennessee when a group of African dignitaries landed in Memphis, Tennessee headed by Professor Peter Nyong’o father Lupita Nyong’o.

Unknown to most Americans and Kenyans if it was not for a 26 year old African by the name of Tom Mboya who came from then “British East Africa” coming to America on August 15, 1956 there might not have been a Kenya, President Kennedy, President Obama and a Dr. Martin Luther King Jr. as we know him. Dr. King mention Nairobi, Kenya in his last speech in Memphis.

The visit of Governor Nyong’o visit to Memphis could become the most significant visit of an African dignitary to America in the 21st Century. Professor Nyong’o is an advisor to Kenya President Uhuru Kenyatta. Anthony “Amp” Elmore a five time world Karate/Kickboxing champion from Memphis, Tennessee traveled to Kenya along with two Kenyans living in America,Aggrey Assava and Richard Kiptoo. The Kenyans supported Elmore's efforts to ask Kenya President Uhuru Kenyatta to honor the legacies of Dr. Martin Luther King Jr. and Kenya’s Tom Mboya via Kenya becoming the 1st African Country in history to honor its African Ancestors; African/Americans with a “Formal State Reception.” Elmore proposed the Tom Mboya/ Dr.Martin Luther King education and culture center center to be built in Nairobi Kenya. This center would be the starting place for African/Americans to learn culturally about Africa.

The Kenyan Foreign Ministry welcomed the group to Kenya in 2018. Kisumu Governor Peter Nyong’o who read the story of Anthony “Amp” Elmore. He made the decision to travel to Memphis. Elmore’s relationship to Kenya began 30 years ago when the City of Memphis honored Kenya in its 1989 “Memphis in May International festival.” Elmore who is Memphis 1st Independent filmmaker befriended a Kenyan by the name of Tom Mwangi who not only got Elmore’s film premiered in Kenya, Mwangi provided Elmore with a “Cultural Pathway into Kenya and Africa.”

Elmore who planned the itinerary for the Kenyan dignitaries not only hosted the Kenyans at his home in “Orange Mound” in Memphis, the 1st Neighborhood in America built for Blacks by Blacks. Elmore and Memphis activist Dr. Carnita Atwater scheduled the historic “Tom Mboya Unity Banquet” at her museum called the “Kukutana” (Swahili word for Meeting place) African American Museum and cultural Center in Memphis.

The question that one may ask is what could an African scholar learn in Memphis, Tennessee in one day that could allude him for almost 50 years? While Anthony Elmore did not discuss the issue with Governor Nyong’o, Elmore a 50 year Nichiren Buddhist like Tina Turner, Elmore knew that in Memphis Tennessee lives the “Spirit of Kenya’s Tom Mboya and Dr. Martin Luther King Jr.”

Governor Nyong’o and Memphis Congressman Steve Cohen sat down at the Martin Luther King Civil Rights Museum in Memphis. Elmore asked Congressman Cohen to use his status to travel to Kenya and make sure that Kenyan honors America and the Americans that helped Kenya to become a Nation. The world does not know that America’s 1st Black Supreme Court Justice Thurgood Marshall wrote Kenya’s Constitution. In 1959 it was singer Harry Belafonte, Baseball Great Jackie Robinson and Actor Sidney Pointier who lent their names on a letter whereas African/Americans and liberal Whites raised money for Kenyans to travel to America to go to college.

The Program was called “Airlift America” whereas a 23 year old African from Kogelo, Kenya took advantage of the Jackie Robinson Scholarship by the name of Barack Obama Sr. It was in 1960 whereas Presidential candidate John F. Kennedy and the Kennedy Foundation supported the 2nd Airlift America whereas this became and election issue and an influence to the narrow victory of President Kennedy in 1960.

Anthony “Amp” Elmore created the Website “WE Are Going To Africa .Com .” Elmore notes we will not only show Kenya we will show Africa how to bring millions of Black Dollars to Africa by partnering with African Americans. Elmore noted that African Americans spent 63 Billion on Tourist Travel in 2018. We African Americans have a 1.2 Trillion dollars buying power. Elmore notes that Memphis is the starting point of African and African/American relationships.

Elmore notes that Profesor Nyong'o coming to Memphis is a new epoch in African and African/American relationships. We are the Harriet Tubman's of the 21st Century. The group ended their tour watching the Harriet Movie at the Malco Majestic Theatre in Black Memphis. Please see our 15 minute documentary of the Dignitaries Visit to Memphis.