Impeachment Ugly Christmas Sweaters will be hot this year 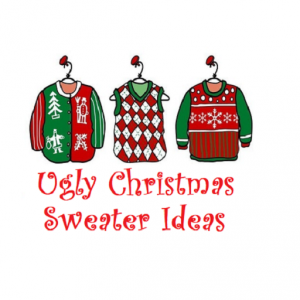 Trump ugly Christmas sweaters were hot the last two years but this year we see them going from parody to protest.”
— Ugly Christmas Sweater Ideas

NEW YORK, NEW YORK, UNITED STATES, October 31, 2019 /EINPresswire.com/ — If you were hoping for peace and harmony in the 2019 holiday season, then Ugly Christmas Sweater Ideas says you are going to be disappointed. The website, which tracks industry trends says impeachment ugly Christmas sweater interest is spiking early in the holiday season.

In 2017 and 2018 funny Trump Christmas Sweaters were very popular. But this year things are going from parody to protest. We think people who may have made fun of Trump in the past will wear impeachment sweaters, t-shirts and sweatshirts this year to show their support for impeaching the President, writes the site. Trump ugly Christmas sweaters have been around since the 2016 election.

The increasing likelihood of impeachment proceedings is the top news story of the moment. And with half the country currently supporting impeachment, the site says interest will last throughout the holidays. Sales leading-indicators project that interest isn’t going to wane, and this is the breakout subject for this Season, according to the site.

Ironically, the Ugly Christmas sweater trend started off lighthearted and only became more political and controversial later. According to the site, it started in the early 2000s as hip revelers in Vancouver, Canada began holding parties where guests were encouraged to wear the tackiest Christmas sweaters they could find. According to Ugly Christmas Sweater Ideas, this was a way to poke some fun at some of the tackier, commercial elements of Christmas but also tapped into nostalgia.

Uncool became cool. Young people associated ugly sweaters with TV sitcom dads from the 80s and 90s who wore them, often with no explanation. This became a common trope as fathers and father figures on shows including The Fresh Prince of Bel-Air, The Cosby Show, Family Matters and Growing Pains wore ugly sweaters.

According to Ugly Christmas Sweater Ideas, one of the fastest growing segments of the market covers inappropriate topics. Naughty ugly Christmas sweaters include references to potty humor, religion and, of course politics.

We saw the market expand from tacky sweaters with vintage style designs to outright gaudy ones with garland, tinsel and Christmas decorations attached to them. Over the last several years we have seen more and more holiday sweaters trying to push the envelope of good taste and decorum more, observes the site. Increasingly, wearers are making a statement about their views or values.

Ugly Christmas Sweater Ideas says people should shop early for hotter segments like impeachment sweaters. Manufacturers and retailers can have difficulty projecting demand so they may run out of certain designs sizes early.

But the site warns people to use good judgement about where they wear ones with controversial themes. The site says to expect stories about people wearing Trump sweaters to work or family gatherings, causing arguments. With slogans like "All I want for Christmas is Impeachment," these items will likely provoke conversations, at least. The site offers advice on what to buy for different holiday gatherings with more detailed advice on dressing for office holiday parties.