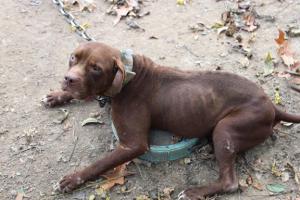 Most people are shocked to know that the U.S. does not have a federal animal cruelty law.”
— Holly Gann, director of federal affairs at the Animal Wellness Foundation

WASHINGTON, DC, USA, September 30, 2019 /EINPresswire.com/ — Today, the federal Preventing Cruelty and Torture (PACT) Act, H.R. 724, reached 290 cosponsors in the U.S. House of Representatives, a measure that has been heavily lobbied for by the Animal Wellness Foundation and Animal Wellness Action. The PACT Act would establish the first federal anti-cruelty law and, with the House bill reaching 290 cosponsors, that chamber’s leaders must bring it up for a floor vote in the near term.

“Most people are shocked to know that the U.S. does not have a federal animal cruelty law,” said Holly Gann, director of federal affairs at Animal Wellness Action, and the Animal Wellness Foundation. “Enacting this bill sends a signal that our nation has no tolerance for intentional cruelty of animals.”

“The torture of innocent animals is abhorrent and should be punished to the fullest extent of the law,” said U.S. Rep. Vern Buchanan (R-FL).

"For many Americans, animal welfare is an important policy issue, and the idea of animal abuse is abhorrent,” said U.S. Rep. Ted Deutch (D-FL). “By building on state and local laws, Congress should act to guarantee a level of protection for animals across the country by criminalizing these inhumane acts. We've acted in the past to stop the horrific trend of animal abuse videos; now it's time to make the underlying acts of cruelty a crime as well."

The PACT Act, led by U.S. Reps. Ted Deutch (D-FL) and Vern Buchanan (R-FL), would prohibit extreme acts of cruelty when they occur in interstate commerce or on federal property and cracks down on widespread sexual abuse of animals (bestiality). While current federal law bans the sale of videos showing illegal acts of cruelty, it does not prohibit the underlying conduct. Law enforcement agencies and the Animal Wellness National Law Enforcement Council, have endorsed the PACT Act because of the well-documented connection between animal cruelty and violence against people, including the distinct correlation between sexual abuse of animals and children.

A Senate companion bill, S. 479, with 38 cosponsors and led by Sens. Pat Toomey (R-PA) and Richard Blumenthal (D-CT), passed the Senate by unanimous consent in the 114th and 115th Congress. But it was blocked in the House by former Judiciary Chairman Bob Goodlatte (R-VA) despite the overwhelming bipartisan support in the House. The current chairman of the Judiciary Committee, Jerold Nadler (D-NY), is a cosponsor of the legislation.

Animal Wellness Action and the Animal Wellness Foundation have been actively lobbying lawmakers on Capitol Hill to support of the PACT Act, Under a new House rule, any bill that reaches 290 cosponsors can be placed on the “Consensus Calendar” for passage, a provision negotiated by the House Problems Solvers Caucus in January. The PACT Act is the second animal protection bill to hit the 290 mark this year, and one of only nine in the 116th Congress out of over 4,500 bills that have been introduced.