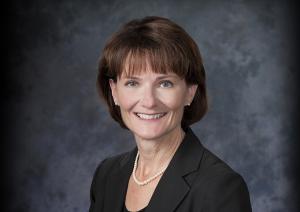 WASHINGTON, DC, UNITED STATES, September 11, 2019 /EINPresswire.com/ — According to a recent study in the Journal of the American Medical Association, suicide rates are rising and are 25 percent higher in rural areas than in urban areas. The National Association of County and City Health Officials (NACCHO), the voice of the nation’s nearly 3,000 local health departments, approaches suicide as a public health issue. Here is a discussion of rural suicide issues with rural health department leader Carole Moehrle of Idaho. For the past 25 years, Ms. Moehrle has served as the district director for a five-county public health district in North Central Idaho that serves a population of approximately 110,000. Ms. Moehrle has been active in NACCHO since 1992, and served as NACCHO president in 2010-2011. This year Ms. Moehrle received NACCHO’s highest honor, the Maurice “Mo” Mullet Lifetime of Service Award.

Q. Ms. Moehrle, why is the distinction being made between rural and urban suicide rates?

Suicide is one of the top 10 leading causes of death in the United States. The fact that suicide occurs more frequently in rural areas is not new. However, recent CDC data shows the disparity between rural and urban areas has slowly widened in recent years. The gap in suicide rates between rural and urban areas grew steadily from 1999 to 2015. And since 2007, the gap began widening more quickly. The 2016 national age-adjusted suicide rate reached the highest level seen in decades, and rural America is sustaining the largest increases. The states with the highest suicide rates per 100,000 population include: Montana, Alaska, Wyoming, New Mexico, Utah, Nevada, Idaho, and Oklahoma.
In contrast, the states with the lowest suicide rates include: District of Columbia, New Jersey, New Your, Massachusetts, Maryland, Connecticut, California, Illinois.

Q. What are the differences and emotional catalysts for rural suicide?

One of the insights into rural suicide is that the stresses in rural communities are different than in urban areas. Many economically struggling rural areas are experiencing the largest losses to suicide. It’s not the economics itself, but the associated stress that leads to physical or mental effects on health. Isolation is a catalyst for rural suicide. Isolation is due to the decreases in population density in our rural areas, but also isolation due to lack of transportation, lack of social support, and lack of access to health care. The stigma around mental health is a real factor in rural America, as well. Much of rural America is also designated as health professional shortage areas, with limited, if any, access to mental health and preventive services.

Q. Why should local public health be involved in mental health and behavioral health issues?

Q. What would you like Congress and the Administration to understand about rural suicide prevention?

Suicide is a public health issue and is preventable. Behavioral health concerns, including suicide, are an important issue for local public health. Unfortunately, most local health departments lack the resources necessary to invest in these issues, and temporary grants alone cannot sustain the infrastructure and workforce necessary to really turn the tide for these challenging issues. Greater, sustained investment in local health departments is necessary to bolster the available workforce to respond to mental health issues and implement suicide prevention strategies.

About NACCHO
The National Association of County and City Health Officials (NACCHO) represents the nation’s nearly 3,000 local governmental health departments. These city, county, metropolitan, district, and tribal departments work every day to protect and promote health and well-being for all people in their communities. For more information about NACCHO, please visit www.naccho.org.