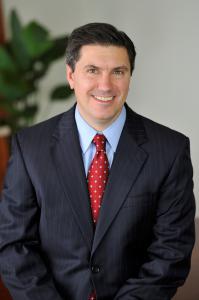 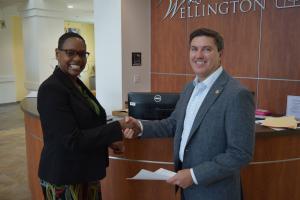 Michael Napoleone, Village of Wellington Vice-Mayor, filed to run for re-election to the Village Council.

WELLINGTON, FL, UNITED STATES, August 13, 2019 /EINPresswire.com/ — Michael Napoleone, Village of Wellington Vice-Mayor, filed to run for re-election to the Village Council. The municipal election will be held on Tuesday, March 17, 2020.

Napoleone was first elected to the Village Council in December 2015 and sworn into office in March 2016. On the Council, Napoleone has been a consistent leader focused on protecting Wellington’s unique family-friendly character and charm. Napoleone has voted to reduce property tax rates in the Village, increase funding and scholarships for local public schools, pushed for more funding for increased deputies making Wellington one of the safest municipalities in Florida, advocated for our parks, recreational facilities and equestrian trails, and fought for increased accountability and cost savings with Village contract negotiations and services.

“I care about the future of Wellington. On the Council, I have been a voice that our residents and families can trust to monitor how our Village is run, how our tax dollars are spent and that we are focusing on the priorities of our community. Wellington is a great hometown because it’s safe, we are family- focused and have great parks, schools and recreational programs. I am running for reelection to ensure Wellington continues to be the best place to live, work, play and raise a family,” Vice Mayor Mike Napoleone stated.

Since 2011, Vice Mayor Napoleone has served as a board member of the Early Learning Coalition of Palm Beach County; and currently serves as vice-chair. In 2015, Michael served as a member of the Village of Wellington's Charter Review Task Force where he worked with the community to review the Village Charter and make recommendations to improve it. Vice Mayor Napoleone previously served on numerous civic and professional committees, including past-president of the Palm Beach County Bar Association (PBCBA), chairman of the PBCBA's Professionalism and Diversity committees, six years on the Florida Bar's Standing Committee on Professionalism, and six years on The Florida Bar's Constitutional Judiciary Committee, including two years as chair and two years as vice-chair. Mr. Napoleone is passionate about public service and civics education and was part of the Florida Bar's "Benchmarks" program, which was tasked with developing programs to promote civics education to adults. He is currently the Village’s voting member on the governing board of the Palm Beach Transportation Planning Agency, which forecasts transportation demands in the long and short term and prioritizes and funds for transportation projects and programs that are most important to our communities.

Besides his work as Vice Mayor, Napoleone is currently a partner at Day Pitney, LLP, focusing his practice on representing businesses and individuals in significant contract disputes involving shareholder and partnership agreements, noncompetition agreements, trade secrets, and real property purchase and lease agreements. He also represents high net worth individuals and families in complex estate and trust litigation. Napoleone has received some of the highest accolades possible in the legal field, including AV Preeminent rated by Martindale-Hubbell, Florida Super Lawyers for Business Litigation and Intellectual Property, Florida Legal Elite by Florida Trend and one of South Florida’s Top Lawyers by the South Florida Legal Guide.

Vice Mayor Napoleone grew up in Palm Beach County and is a graduate of the University of Florida and St. John's University School of Law. Napoleone is a Florida Blue Key Leadership Honorary Society Member of the University of Florida. In 2002, he and his wife Cyndi moved to the Wellington area with the hope of starting a family. They were attracted to Wellington by its parks, greenspace, and family-friendly community, in addition to its excellent public schools. They are now raising two boys, Christopher and Luca.