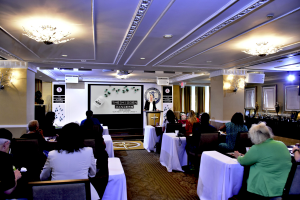 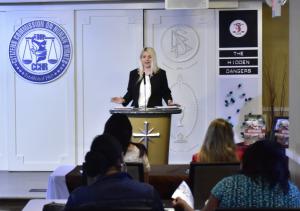 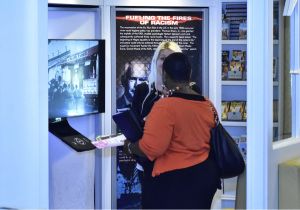 Concerns were raised about targeting minorities with controversial ADHD treatments 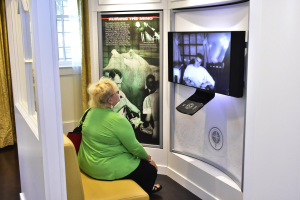 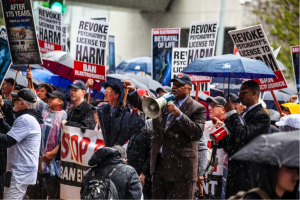 Questions raised about safety and potential targeting of minority children for these controversial treatments.

An estimated 100,000 Americans are shocked each year with up to 460 volts of electricity to the brain, despite many documented irreversible and harmful effects.”
— Charles Kellner, M.D.

WASHINGTON, DC, USA, May 30, 2019 /EINPresswire.com/ — Citizens Commission on Human Rights called a community gathering in response to the recent trend of ADHD drug abuse by college students and FDA’s unexpected approval of an electricity-zapping device for kids 7-12 years old as treatment for Attention-Deficit/Hyperactivity Disorder (ADHD). Joining forces with the mental health watchdog were social workers, attorneys and human rights advocates that came to discuss the hidden dangers of such psychiatric treatments and identify community based solutions that will protect our children.

The month of May was graduation month for the majority of colleges in America with parents and students are celebrating this milestone. However, the stress of finals causes so many college students to turn to the use of ADHD drugs like Adderall and Ritalin to power through the exams that we are now facing a “crisis on campus” [1].

Although ADHD drugs are categorized by the US Drug Enforcement Administration in the same class as highly addictive substances such as cocaine, morphine and opium [2], nationwide, the popular trend of the so-called "smart pills" has led to a massive illegal marketplace on college campuses. The estimates show that one in three college students illegally possess ADHD medication [3].

This crisis comes to light only one month after the Food and Drug Administration (FDA) approved a device called Monarch eTNS system that sends a low-level electrical pulse through the forehead of 7-12 year olds as treatment for ADHD [4].

The mental health watchdog, Citizens Commission on Human Rights (CCHR), says that unsatisfied with the drugging of millions of children with mind-altering drugs associated with mania, psychosis, suicide and even death, psychiatrists turned to the FDA to approve a device that electric shocks children into docility.

Medical devices using electric treatments do not target only children, the electroconvulsive therapy (ECT) procedure, famously depicted in the film “One Flew over the Cuckoos Nest,” is currently being used on pregnant women, the elderly, and vulnerable patients. An estimated 100,000 Americans are shocked each year with up to 460 volts of electricity to the brain, despite many documented irreversible and harmful effects [5].

Psychiatrists admit they don’t know how ECT “works.” Nor are there clinical studies proving safety and efficacy of ECT devices. Likewise, the exact mechanism of the Monarch eTNS System and its long-term effects is unknown. [6]

Citizens want their legislators to look into which children are being targeted and if it is disproportionally used on minority children.

For more information about materials or participation in the Citizens Commission on Human Rights Washington DC, call (202)-349-9267 or email isabelle.vladoiu@cchrdc.org