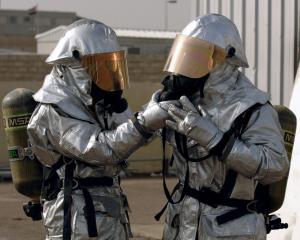 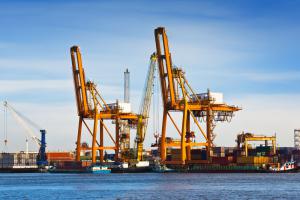 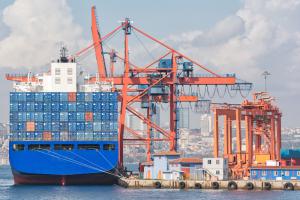 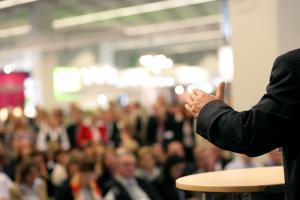 This blog covers some real-world cases so you can better understand how the Longshore and Harbor Workers’
Compensation Act works in real time.

JACKSONVILLE, FLORIDA, USA, May 15, 2019 /EINPresswire.com/ — You have probably, at some point in your life, looked at the instructions on a piece of furniture that you buy at Target or IKEA and think, “Sure, that looks as easy as 1-2-3, there’s just a few steps here.” Has it then played out that when you actually try to put that piece of furniture together it is like you are living a nightmare from which you can never escape?

You have also probably looked at a recipe before the big dinner, maybe when you are shopping for the ingredients, and said to yourself, “No problem, this recipe looks easy, I got this.” Then, has it happened that you can’t seem to get it all together when you are actually trying to cook the meal, or your dinner looks like a slightly brown, squished version of the picture in the cookbook?

Strangely enough, those real-life examples tell us something about the law as well. Many times, you can read a statute, rule, or regulation and think that it seems to make sense and it seems pretty clear. Yet, when you actually try to apply that statute, rule, or regulation to a certain situation, all of the sudden you find that a word is ambiguous or does not quite fit with the specific facts with which you are dealing.

It is for that reason that you should periodically have a check in, where you see a law in action to understand how it really works. With regard to the Longshore and Harbor Workers’ Compensation Act (Longshore Act), we can blog about different provisions, discuss situs and status, and even define the difference between scheduled and unscheduled injuries. However, applying those rules and definitions to examples demonstrates how the Longshore Act works in action, in the real world.

Accordingly, we are going to provide you with some recent Longshore Act cases that will help give a little perspective and context to the abstract rules that we often discuss in our Longshore Act and Defense Base Act blogs.

Of course, if you are dealing with a work-related injury yourself, and want to learn more about the Longshore Act rules that apply to your specific situation, do not hesitate to call the top workers’ comp attorneys in Jacksonville, FL – Doolittle & Tucker – for a free consultation today. You can schedule time with one of our top-notch Longshore Act attorneys by calling 904-396-1734.

Recent Case #1: The Widow and the Third-Party Settlements

In the case of Beverly Hale v. BAE, a ship repair worker died as a result of exposure to asbestos in his employment. Two of his daughters filed lawsuits in court against the asbestos manufacturers. In addition, the worker’s widow filed Longshore Act claim for survivor’s benefits.

Under the Longshore Act (Section 33 to be exact), an injured worker or the family of a deceased worker may sue for the work-related injuries in court, but an employer may off-set any money it would have paid to an injured or deceased worker if that worker (or his family) received money from those lawsuits. In other words, if someone is getting money from a lawsuit, then the employer can factor in that income when determining how much to pay in workers’ compensation benefits.

The issue in the case became: Will the widow’s survivor benefits be reduced because the widow may receive money from the two lawsuits brought by the daughters?

The widow tried to avoid losing survivor benefits through the Longshore Act by signing two disclaimers, renouncing her interest in the two lawsuits. However, the daughters ultimately settled the lawsuits on behalf of the deceased worker’s “heirs.” The widow was one of the worker’s “heirs.”

The Department of Labor’s Administrative Law Judge decided that the widow’s disclaimers were not enough, and that the employer could reduce her Longshore Act benefits based on the fact that she was an “heir” who would receive money from the settlement of the two lawsuits. On appeal, the Benefits Review Board agreed.

The moral of this case. Section 33 of the Longshore Act allows the family of a deceased worker to sue third parties in court based on an employment-related death. However, that same section also provides that the amount of benefits a family member can receive under the Longshore Act will be reduced based on the money received from the lawsuit.

Recent Case #2: The Word “Employee” and the Clerical Exclusion

As you may know, the Longshore Act provides workers’ compensation for certain types of employees. Specifically, under the Act an “employee” is any person engaged in maritime employment, including a longshoreman or person engaging in longshoring operations. It also covers any harbor worker such as a shipbuilder, ship repairman, or ship breaker.

Importantly, Section 2(3)(A) of the Longshore Act (the so-called “clerical exception”) states that the term “employee” does not include: “Individuals employed exclusively to perform office clerical, secretarial, security, or data processing work.”

In the case of Motton v. Huntington Ingalls Indus., a person with the title of Drawing Clerk made a claim under the Longshore Act. Her duties were to retrieve documents from trade workers (such as blueprints), verify that they were current, and then check them in and out, similar to a library. Her duties did not involve boarding ships.

The Administrative Law Judge denied Longshore Act benefits, finding that she fell under the clerical exception. Ms. Motton, however, claimed that she should be covered because her duties, though clerical, were essential to the loading and unloading of vessels. The Benefits Review Board affirmed the denial of benefits because the specific clerical exception superseded the fact that her functions were essential to operations.

The Drawing Clerk was covered, however, by the state’s workers’ compensation law instead.

The moral of this case. Be aware that there are exceptions to coverage under the Longshore Act, the clerical exception being one. So, if you work at a dock, consider whether your duties may be considered “clerical” and therefore outside the Longshore Act.

Understand the Longshore Act with the Help of a Solid Workers’ Comp Attorney in Jacksonville, FL

That’s all the case law for now. If you have a work-related injury that might be covered under the Longshore Act, call the expert workers’ comp attorneys in Jacksonville, FL – Doolittle & Tucker. We are ready to help you. Contact us at 904-396-1734.

How Do I Determine If I am Covered Under the Longshore and Harbor Workers´ Compensation Act (LHWCA)?