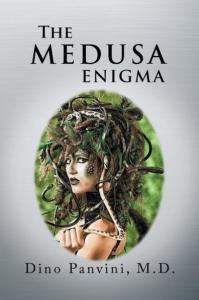 corruption of the legal and medical system 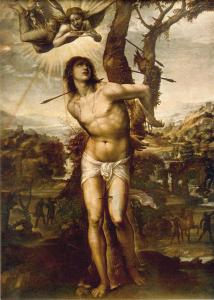 I felt like St Sebastian during this decade of my life 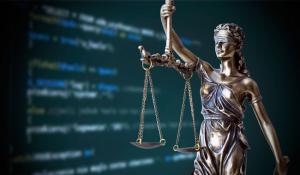 Dino Panvini,MD,describes how he escaped attempted murder,near death experience and corruption of the legal and medical system in USA.

The relentless fight against corruption is never easy.It is exhaustive on ourselves, families, friends and our children. I believe the price of the pain is worth holding on for our dignity and values.”
— Dino Panvini, MD

BOSTON, MASSACHUSETTS, UNITED STATES, May 9, 2019 /EINPresswire.com/ — New Book: In “The Medusa Enigma”, nonfiction, author Dino Panvini, M.D., reveals the corruption within the medical and legal systems in America, and how lawyers are injuring innocent people for malicious intent yet not policed by the American Bar Association.

Dino Panvini, M.D. says: ‘Everything you are about to read is true. Although you may think this is a work of fiction, it is not! This book will take you deep inside the corruption of the United States’ legal and medical systems, and how it led to my near-death experience and multiple attempts on my life.’

Through the book, readers will learn about the actions taken against Panvini’s professional career, personal life, and safety with multiple murder attempts and fraudulent allegations by the legal medical system — all because he did the right thing. The book chronicles the battles Panvini faced against a conspiracy of malignant lawyers with immoral ethics and criminal behavior while colluding with a very corrupt medical system. According to Panvini, the origins of these actions are from a “psychologically deranged drug addicted” ex-wife.

The book describes real events that have taken place as the reader will be enchanted with the drama, corruption and real-life attempted murders. “[I want the readers] to understand the reality of the corruption of the legal and medical system in the United States, and how important it is to change the present corruption and to allow for a policing agency to monitor the legal system,” says Panvini.

Ultimately, Panvini invites readers to witness a non-fiction fast-paced thriller of a doctor escaping attempted murder, corruption by the legal and medical system and a bizarre divorce like no one have ever heard.

The name of the book has cryptic message. Let’s see if readers can decipher the message, as of today only one reader has deciphered the message. Enjoy your read because my readers tell me that is a page turner. “Once I started I couldn’t put it down”. Another reader says: “Best book I've read in a long time. It was a very easy and exciting read. It was an eye opener about how evil people can be, and so greedy. I kept wondering how do these people look themselves in the mirror, and not be mortified at what they have become. Dino Panvini MD is amazing how he never gave up the fight for what he knew was right and what he believed in. Even at his darkest moments his faith got him through. He is a great inspiration for people when they are going through tough and unfair times….God does have a plan for us and will give us the strength to keep going…Thank you Dino, for sharing your story.”

The US Review of Books says:
http://www.theusreview.com/reviews/The-Medusa-Enigma-by-Dino-Panvini.html#.XMMtvjBKiJA

Keep your mind open as you read my book as you will find out the truth within the legal and medical systems in the United States of America. My book will open your eyes and hopefully inspire the reader to “never give up in something that you believe to be true and correct, because only the truth can set us free”.
Dr. Panvini has recently been at the Los Angeles Times Book signing event in April 2019 and has recently been approached by Hollywood directors to make his book into a motion picture movie with an enthusiasm.

Available in English and Spanish

About the Author
Dino Panvini, M.D., is an American-born, board-certified Doctor with more than 34 years of experience. He has held administrative positions as chairman of surgery and chairman of urology in many U.S. hospitals. He comes from a family of doctors, dating back to the 15th century in Italy. He started his clinical practice in New York City in 1987 and ultimately ended up in Arizona, in 2010. He is a diplomat of the American Board of Urology, a fellow of the American College of Surgeons, and a fellow of the International College of Surgeons, and he has been fellowship trained in Integrative Medicine.