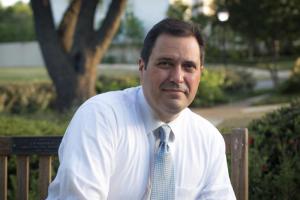 “It is a tremendous honor to have these two endorsements from community activists like Nick and Marcos,” Rodriguez said. “Nick has been a champion of immigrant and Hispanic issues throughout the nation. Marcos is well respected for his professionalism and his commitment to community service. I am just thrilled to have received this type of support at a national and local level.”

Nicholas Gonzalez, a native Texan best known as an actor in ABC’s The Good Doctor and Pretty Little Liars, The CW’s The Flash, and multiple other television and movie roles, released his endorsement of Rodriguez today from the set of The Good Doctor. For years, Gonzalez and Rodriguez have volunteered together at the National Hispanic Institute, a nonprofit dedicated to the future leadership needs of the global Hispanic community.

In his video endorsement, Gonzalez praises Rodriguez as a community advocate and devoted family man who’s answered the call to serve. He calls on voters to choose George because he’s not a career politician, but rather, a candidate in touch with the needs of his district and his community. The endorsement video can be found on YouTube here: https://www.youtube.com/watch?v=dtxIZqDbTLQ&feature=youtu.be.

Gonzalez took to Twitter yesterday to announce his endorsement, pinning the Tweet to the top of his profile.

“Our party needs new leadership. Community leaders that are academically prepared, with a track record of success in the private and public sectors, professionals that have and continue to give back to our community and are willing to build bridges and not the walls that further divide us,” Ronquillo said. “I have known George for quite some time and I know he has the skill set and proven track record to lead and bring us together, and we are fortunate to have a person of his caliber to step forward and serve not only our Party but more importantly our country. No more politicians please!”

Ronquillo is an award-winning and highly recognized attorney who has practiced trial law for more than 35 years. Just last month, Ronquillo was named one of the most powerful business leaders in Dallas-Fort Worth by D CEO in its annual edition of the Dallas 500. He is a past recipient of the State Bar of Texas Presidents’ Special Citation Award and Outstanding Lawyer of the Year Award from the Texas Mexican Bar Association. Since 2016, he’s been a “Nation’s Top One Percent” designee by the National Association of Distinguished Counsel. He’s also been awarded the national “Spirit of Excellence Award” by the American Bar Association, National Commission on Minority Lawyers. He’s previously served as President of the Dallas Mexican American Bar Association and as former Chairman of the Dallas Hispanic Chamber of Commerce. In 2011, Hispanic Business Magazine named him one of the “100 Most Influential Hispanics” in the U.S, and received the “Maestro Award for Leadership” from Latino Leaders Magazine. In 2016, he was included on Latino Leaders Magazine’s “Top 25 Hispanic Attorneys” in the nation.

Ronquillo has been highly involved in local public service, having served on a number of boards and commissions, such as the Dallas Museum of Art, DART, Children’s Medical Center, and the United States/Mexico Bi-National Chamber of Commerce. He currently serves on the Smithsonian National Latino Center Advisory Board, The Smithsonian National Campaign Steering Committee and The Institute of Latino Studies Advisory Council, University of Notre Dame.