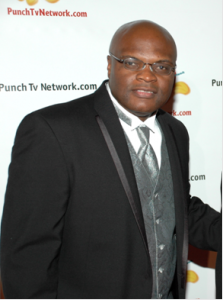 Punch TV Studios CEO Joseph Collins provides riveting State of the Union Address to stockholders one week prior to the close of the company's IPO.

We are able to achieve our goals because of the support and contributions of our stockholders.”
— Punch TV Studios CEO Joseph Collins

The company will close its Initial Public Offering (IPO) Wednesday, October 4, 2017 and focus on executing the company's business model. Aspects of the business model include creating thousands of new jobs and producing over 300 feature films & television shows over the next four (4) years post IPO.

“Punch TV Studios is projected to generate over $24 million in annual revenue in Southern California alone. The company will generate over $1.3 billion in total revenue by year four (4) post IPO” says Punch TV Studios CEO Joseph Collins. “We are able to achieve our goals because of the support and contributions of our stockholders. It was pertinent that I personally address our stockholders to inform them that the company is on target to meet our goals.”

The Punch TV Studios IPO will close Wednesday, October 4, 2017, but there is still time for investors to purchase their stock directly from the company at $1.00 per share. For more information visit the company's website at PunchTVStudios.com or call Investor Relations at 310-419-5914. Follow us on Nabukie.